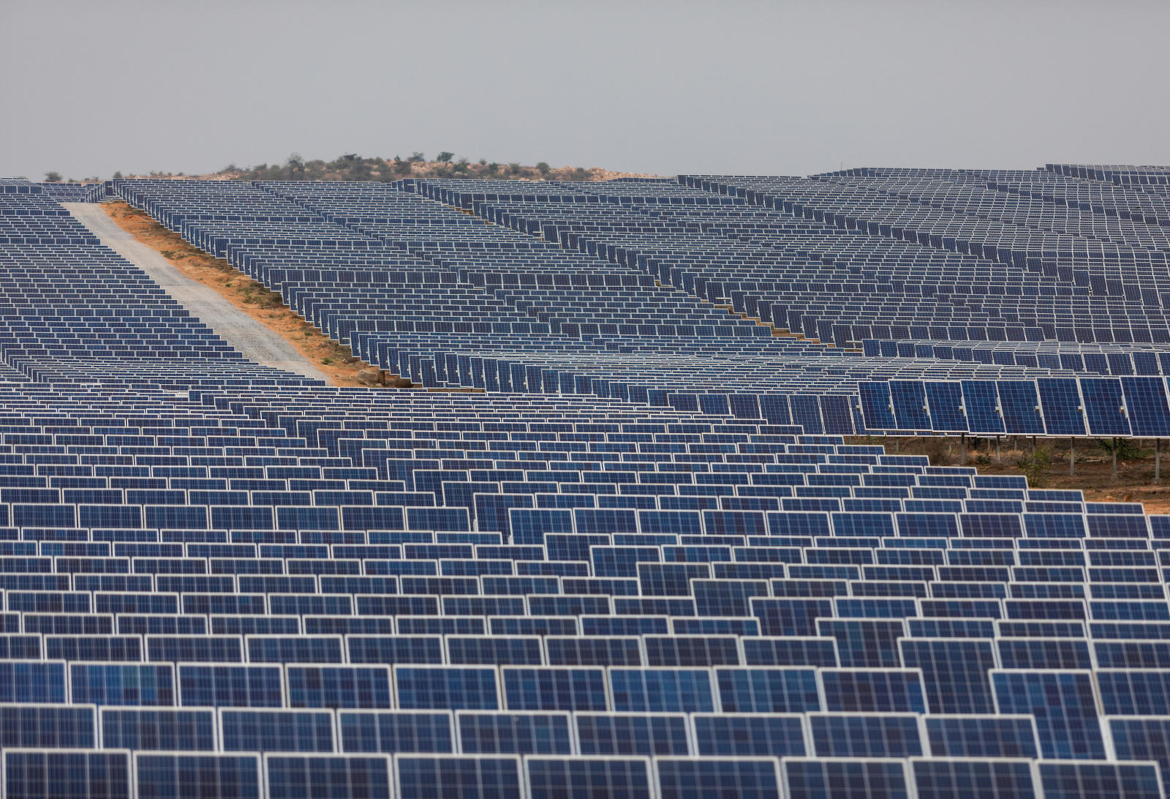 Following the completion of Adani Green Energy’s (AGEL) acquisition of 100% interest in SB Energy India from SoftBank Group Corp (“SBG”) (80%) and Bharti Group (20%) announced on 19th May 2021, TotalEnergies, which holds a 20% interest in AGEL adds a net capacity of ~1.4 GWp1 of projects in operation and under construction to its renewable portfolio.

SB Energy India has a total renewable portfolio of 5 GWac2 spread across four states in India. It consists of utility-scale farms of which 84% solar capacity (4,180 MWac), 9% wind-solar hybrid capacity (450 MW) and 7% wind capacity (324 MW) with 1,700 MW in operation and a further 2,554 MW under construction and 700MW near construction3. All projects have 25-year PPAs with sovereign rated counterparties such as Solar Energy Corporation of India Ltd. (SECI), NTPC Limited and NHPC Limited.

"We would like to congratulate AGEL's management for closing this major transaction, which is reinforcing its leadership position in India and its capacity to contribute actively to the country's sustainable development, an objective that TotalEnergies shares with Adani Group", said Patrick Pouyanné, Chairman and CEO of TotalEnergies. "This transaction and our partnership with AGEL are key contributors to the Company's objective of reaching 35 GW of gross production capacity from renewable sources by 2025 and to be among the world's top 5 in renewable energies by 2030."

As part of its ambition to get to net zero by 2050, TotalEnergies is building a portfolio of activities in renewables and electricity that should account for up to 40% of its sales by 2050. At the end of 2020, TotalEnergies' gross power generation capacity worldwide was around 12 GW, including 7 GW of renewable energy. TotalEnergies will continue to expand this business to reach 35 GW of gross production capacity from renewable sources by 2025, and then 100 GW by 2030 with the objective of being among the world's top 5 in renewable energies.

About TotalEnergies
TotalEnergies is a broad energy company that produces and markets energies on a global scale: oil and biofuels, natural gas and green gases, renewables and electricity. Our 105,000 employees are committed to energy that is ever more affordable, clean, reliable and accessible to as many people as possible. Active in more than 130 countries, TotalEnergies puts sustainable development in all its dimensions at the heart of its projects and operations to contribute to the well-being of people.